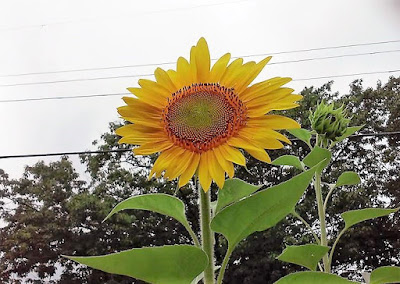 The sunflower sentry stood guard.
His demeanor: solemn, alert.
It was his job to keep out intruders,
standing watch, so that no one got hurt. 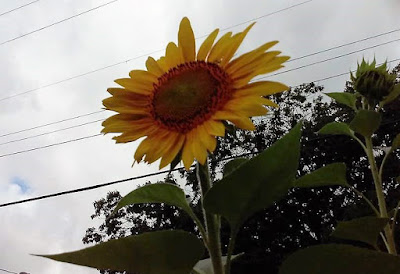 He allowed no twinkle in his eye;
not a smile, not a grin, not a smirk.
Sounds easy, but it wasn't.
Being serious was hard work. 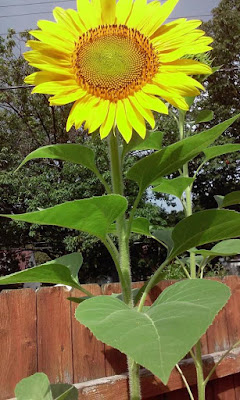 He stood tall and proud,
facing down the sun.
Firmly rooted, he held his ground.
He would never run. 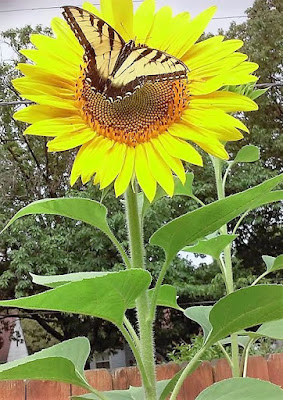 A winged intruder breached the perimeter.
The guardian never suspected an invasion from the sky!
All he could do was stand there and take it.
The invader went straight for his weak spot--his eye! 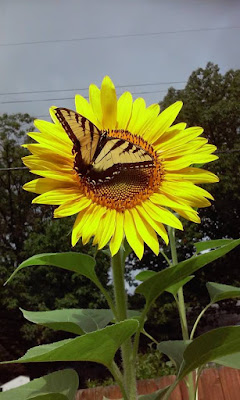 The sunflower sentry stiffened,
trying to keep a straight face.
While across his features,
the butterfly danced, tickled, and traced. 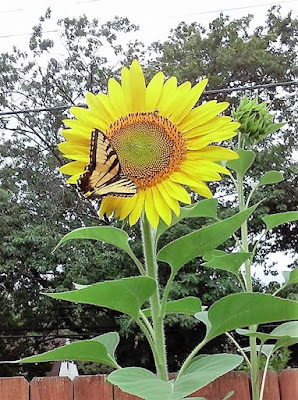 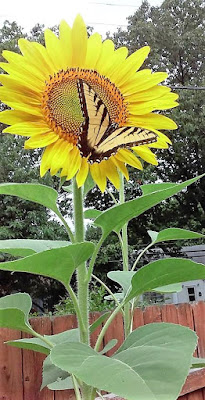 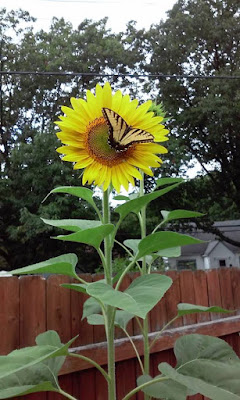 The sunflower squirmed under the tickling torture,
until at last he could take no more!
He doubled over with roaring laughter.
He laughed harder than he had ever laughed before. 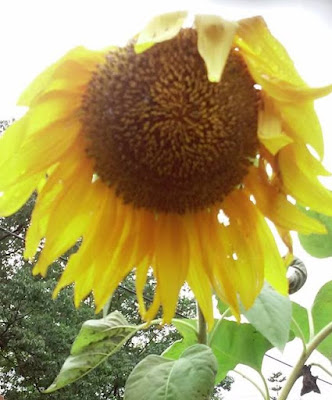 His laugh was so loud it startled the butterfly,
who flew quickly away,
but she circled around and returned,
ready again to play.

Sunflower and butterfly became fast friends
and whiled the summer away.
Sunflower decided laughing was good.
He's beaming still to this day. 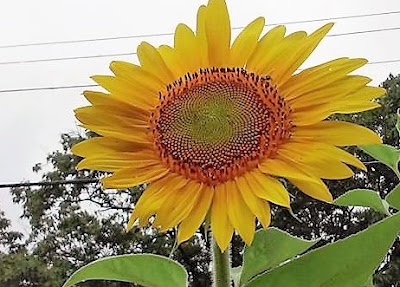