Tricubes are a form of poetry that was recently discussed in Robert Lee Brewer's poetry blog. According to his column, "the rules of Tricubes are:

I've been practicing this poetry form and having some fun with it. There are no rules for them as far as meter or rhyme, but I like adding rhyme to them. They are quick and easy to write, so I wrote several. I posted them with some of my photos to help bring them to life. 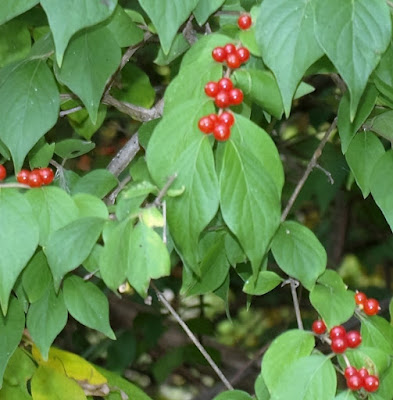 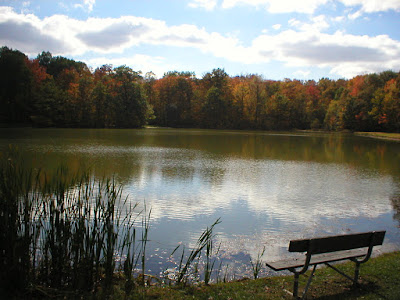 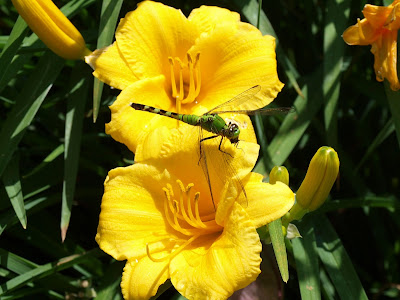 help her to
flit away
out of sight. 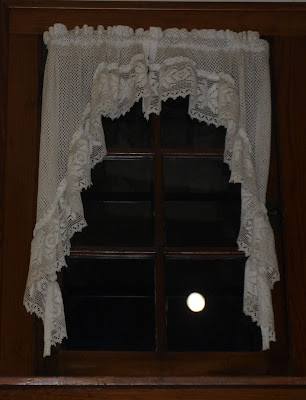 
Train rumbles
far away
down the track. 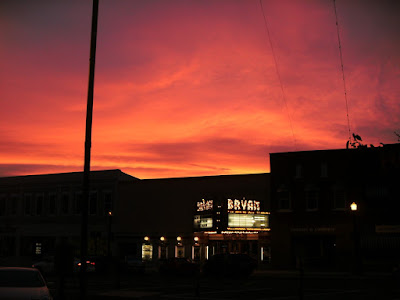 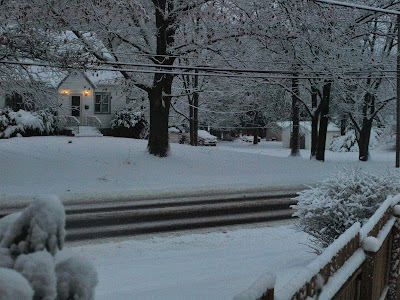 Crocus buds wait to bloom
beneath the layered snow.
Dormant seeds left behind
wait their turn to grow.

Bunnies burrow below the shrubs,
huddled against the wind.
Frogs retreat to frozen mud,
submerged 'til season's end.

Winter's blanket covers all
in frozen, muffled white.
Then spring leaps out from under it.
Surprise! Surprise! What sweet delight! 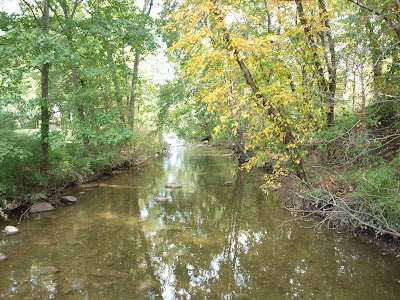 It's 22 degrees here today and everything is covered with snow, so I thought I'd post something to get my mind (and yours) off the cold. I wrote this quite a while ago. It is based on summertime memories I have of playing near a creek when I was a child.

Driving by, you would have missed it.
It was a small creek, not much to see,
but from the seat of my bike, it was an oasis.
It sauntered through a corn field,
bubbled over rocks, gurgled peacefully.

I leaned my bike against the guard rail
and scrambled down the bank.
I stirred up dragonflies from the weeds
and took a seat at water's edge
on an old wooden plank.

Turtles sunning themselves on a log
were startled by my noise
and slipped into the murky green.
Minnows in the water
darted into the shadows
hoping they hadn't been seen.

Dirt filtered down from the road above
when cars rumbled by.
I'd swing my hand through the air
at the nearby buzz of a pesky horse fly.

I'd float little boats down the stream
made of Queen Anne's Lace.
They'd swirl and dip and careen
in a wet, frilly flower race.

I'd toss stones into the water
just to hear them splash.
Flip crawdads over with a stick.
They'd flip back in a flash.

I left my troubles there
on the banks of that stream.
Midst the cattails
where the red-winged blackbirds flew.

I'd return home with not a care in the world,
except for maybe, too much sun
on my cheeks and nose
and a bit of creek mud stuck
to the bottom of my shoe.

I saw a short video on Facebook that showed an orphaned baby rhino and a lamb who became friends and played together. I loved it so much that it inspired me to write the children's story poem below. You can see a longer version of the video and read more about the true, real-life story of the rhino and lamb who became friends here. (The names of the rhino and lamb in the poem have been changed to protect the innocent.)

Rex the baby rhino wanted to frolic
like his friend Lily the lamb.
Lily leaped into the air,
as if she were on springs--as if she had wings!
Rex lunged, lurched, and lumbered.
WHAM, SLAM, WHAM, BAM!

Full of glee and enchantment,
Lily bobbled, bubbled, and bounced.
Clumsily, Rex heaved his weight.
He thundered, trampled, and trounced.

Rex felt sad to be scolded.
He wanted to dance and prance,
but he was too big and clumsy.
He couldn't do it--not a chance!

Kind Lily encouraged her friend,
knowing patience and practice pays off.
She showed him how again and again,
giving no heed to the grouchy birds' scoff.

Soon Rex was light on his feet.
He frolicked with sweet Lily by his side.
Who knew a rhino could learn to dance?
Shuffle, shuffle, step, step, glide.